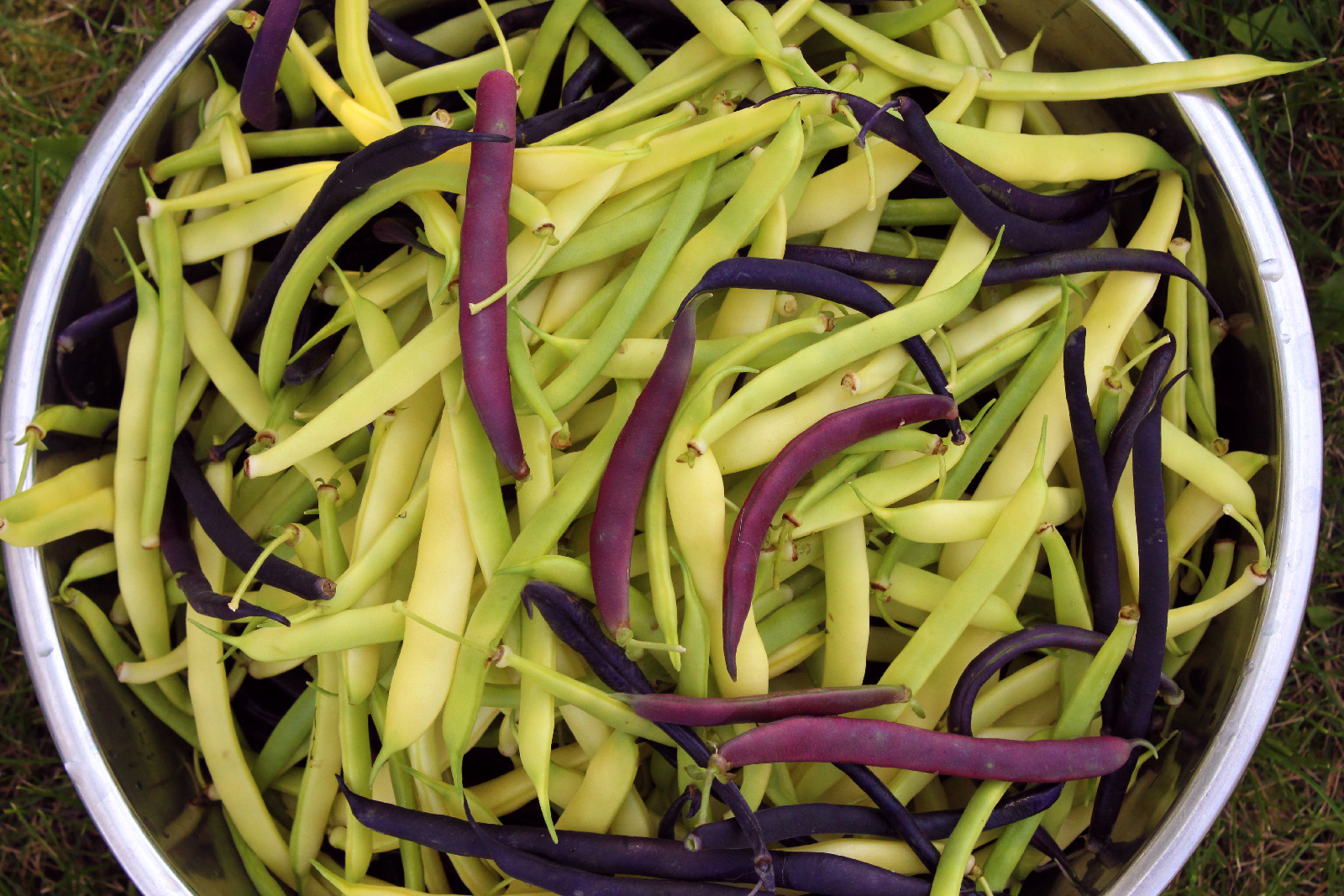 It’s that time of year again, where we are drowning under the weight of the vegetables we planted in a ridiculous burst of optimism in the spring. Tomatoes, onions, garlic, and zucchini all need dealing with, and dealing with *right now*. Produce is not patient.

The big winner this year has been the wax beans. This is mostly because our cold, wet, spring led to germination issues, and over and over, we just shrugged and planted beans in those rows, thinking that at least beans can produce in the 60-75 day window we had left before frost. We did not keep track of how many rows this happened to, since we gave up on the parsnips far earlier than we gave up on the beets, and somehow we ended up with seven (!) rows of various types of beans by the time it was all said and done.

We really did not do much to deserve all this bounty. We dropped some seeds into some rows, and the rains came more or less when we needed them, so it’s mostly been a matter of keeping things weeded and picked. The beans seem to handle heat and drier weather better than a lot of our other vegetables, so I guess we picked the right summer to plant lots of them!

We find it easier to see colorful beans among the green leaves, so we planted red, purple, and yellow beans. The red and purple beans turn green when they are cooked, but they sure look fun in the picking bucket!

I wish I had written down variety names when we were planting, but we were scrounging half-packets from the bottom of my seed box to fill in the rows, and we have no idea how many varieties we even stuffed in there, or what they actually were. The purple beans were probably ‘Royalty’, but that’s really only my best guess. The purple and yellow varieties were heavy producers in the early part of the season, but have tapered off; the red ones were slow starters, but are going great guns now, when everything else is taking a break, so I guess the combination worked out well.

So far, we’ve picked upwards of fifteen gallons of wax beans, which sounds like a lot, but once they are topped and tailed, chopped, and packaged up in neat little four-cup vacuum-sealed bricks, the pile in the freezer is shockingly small compared to the buckets of freshly-picked beans. To be fair, we’ve eaten beans with every second meal for weeks, now, and I’ve pickled a bunch, too, so it’s not a disappointment in any way.

We were blanching our beans for the first five or six gallons’ worth, but a friend cheerfully informed me she doesn’t bother, and her beans are not tough, even after ten or twelve months. Given that it’s been 30-plus degrees here for much of the last month, and given that we don’t have air conditioning, we’re happy to test out this theory, and save on heating up the house. I’ll try to remember to do a blog post about how that worked out!

Meanwhile, I’ll be washing and chopping zucchini and beans…